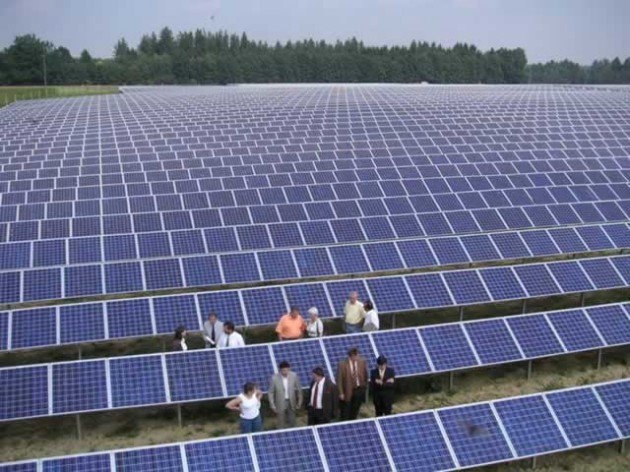 China Eximbank has since approved the feasibility study report and requested to meet project contractors to discuss the next step entailing a multi-million dollar financing facility for the project.

Among its objectives, the feasibility study was meant to study the design and optimisation scheme for photovoltaic power station system, including selecting and mounting photovoltaic modules, analysing the generating capacity of photovoltaic system and main electrical wiring for the solar plant.

Local private firm, Intratrek Zimbabwe in partnership with China’s and the world’s largest manufacturer and seller of low-voltage electrical products, ChiNT Electric Co, are in the process of building a 100-megawatt solar power station in Gwanda. This will be the first such plant in the history of Zimbabwe.

The feasibility study, which endorsed the viability and practicality of building solar power plants in Zimbabwe, concluded that there are excellent solar radiation conditions in Gwanda, as recorded at West Nicholson Meteorological Station.

Such conditions prevail across most of Zimbabwe meaning there is limitless potential for numerous such initiatives across the country, which China Eximbank says is ready to finance.

SEPD calculated that the Gwanda solar project is feasible at a tariff rate of 18c per kilowatt hour, a tariff experts at Zimbabwe Power Company and Zimbabwe Energy Regulatory Authority contend is reasonable and practical, given the urgent need to address Zimbabwe acute power deficit.

According to the findings of the study “all the project’s economic indicators conform to relevant stipulations” necessary to have a solid, viable solar power plant in Gwanda.

But the critically important issue is that the landmark study has opened up requisite financing from China Eximbank for the Gwanda project and potentially more financing for future projects, after the bank indicated interest to fund similar projects.

The Gwanda project will be built at an engineering, procurement and construction cost of $175 million.

“Following our approval of the feasibility study report, we propose a face-to-face meeting, so as to negotiate the next step financing plan,” said China Eximbank in a letter to both Intratrek Zimbabwe and its Chinese partner, ChiNT Electric.

This development comes as huge relief to millions of Zimbabweans, industry and commerce who have borne the brunt of acute power shortage in a country where demand peaks at 2 200MW while available capacity hovers around 1 300MW.

Contracted to Intratrek and its Shanghai Stock Exchange-listed partner, ChiNT Electric Co, the Gwanda solar farm project is expected to create hundreds of jobs during construction while local service providers will benefit from lucrative sub-contracts.

The Gwanda solar project, which has progressed at frenetic pace since the tender was awarded by the State Procurement Board, is the first major non-hydro, renewable power plant in Zimbabwe.

Power China, whose unit undertook the Gwanda bankable feasibility study, has a $70 billion asset base and boasts world-leading engineering, procurement and construction company services in the development of hydropower, water works, thermal power, new energy, and transmission and distribution projects, adding to achievements in the fields of infrastructure, equipment manufacturing, real estate and investment.